Can I Use DivorceWriter if There is a Prenup? 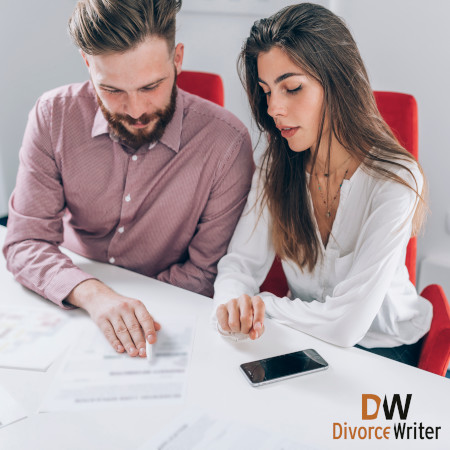 A prenuptial agreement, or prenup, is a contract made between future spouses in anticipation of marriage. Among other things, a prenup details what property each spouse would receive in the event of a divorce. Whether a couple with a prenup can use DivorceWriter depends on whether they agree on all issues and whether they are comfortable self-customizing certain documents, if necessary.

The Divorce Must Be Uncontested

DivorceWriter is designed for couples who have reached an agreement on all issues and are both willing and able to sign any documents required to get divorced as quickly and easily as possible. If only one spouse wants to follow the terms of the prenup, and the other spouse wants to change one or more terms, the divorce is no longer uncontested.

Decide Whether to Execute a Settlement Agreement

In contrast to a prenuptial agreement, which is entered into in anticipation of a wedding, a Marital Settlement Agreement is entered into in anticipation of a divorce. With DivorceWriter, all document packages include a written agreement that needs to be signed by both spouses.* Additionally, when minor children are involved, matters of child support, custody and parenting time will either be set out in a separate Parenting Plan or will be included as part of the Settlement Agreement or Decree/Judgment.
(*In CO, LA, NC, NJ and PA (excluding Philadelphia County), when no property, debts, spousal support or minor children are listed in the online interview, no Settlement Agreement is generated.)

Most currently available self-help divorce options do not accommodate prenups so a person representing themselves in divorce should expect that 1-3 documents will need to be self-customized. There are basically three options for a couple with a prenup that wants to get divorced without hiring attorneys.

1. Include the Prenup in the Divorce

In some states, this will mean adding language asking the Court to incorporate the prenup into the divorce decree/judgment. If you have minor children and live in a state that sets out support and custody in a Settlement Agreement instead of in a Parenting Plan, you many need to make additional customizations to the Settlement Agreement.

In uncontested divorces where the parties still only have separate assets and debts, and simply wish to keep/pay what is theirs, it may be easier to ignore the prenup rather than self-customizing documents to include it.

3. Enter into a Settlement Agreement

Executing a Marital Settlement Agreement may be the best option in uncontested divorces where the parties now agree to terms that are different from what they agreed to in the prenup. Keep in mind though that a valid Settlement Agreement signed by both spouses will generally supersede the prenuptial agreement, at least to the extent the two documents are inconsistent.